Heritage beers differ from craft beers because they rely on centuries-old recipes and processes. In an industry that is crowded with thousands of craft beers to choose from, Lochiel’s products stand out for their time-tested approaches and historical origins.

“Having a product with such a unique positioning in an oversaturated market is a major competitive advantage,” Ian explained. “Our recipes and commitment to the original brewing processes set Lochiel beers apart from the craft beers that are flooding the marketing today.”

Ian’s flagship beer, Lochiel’s Scotch Ale, was originally designed as a “war beer,” a quick meal for Scottish families fighting in the Jacobite Rebellion in the mid-1700s. After the war ended, brewers transitioned to making beers for the same reasons we make them today: taste and refreshment. The recipe passed down through Ian’s family for hundreds of years until World War I, when the last brewer in the line of succession passed away. The recipe was then entrusted to Ian’s grandmother and remained in her protection for the next 70-plus years.

When Ian first discovered his passion for brewing, he knew about his family legacy and kept his heritage in mind as he learned the craft. However, he did not know that his grandmother was tracking his progress as he became a skilled brewer. Over the next 15 years, she watched as Ian developed his own new ale recipes while still honoring his ancestors by using traditional Scottish techniques. When Ian's grandmother passed away, she left him their precious family recipe, knowing that he would revive the line of brewers in the Cameron family and carry on their family tradition. The Clan Cameron “war beer” recipe became the foundation for Lochiel Brewery, which opened in 2017. By combining the skills he developed in craft brewing and modernizing historical brewing techniques, Ian brought his Scottish heritage to new territories for all to enjoy.

CSD Social Venture Fund and Lochiel Brewing solidified our partnership in February of 2022 with the shared goal of growing the business by expanding into bottling and distribution.

“I have big plans for Lochiel. We want to expand to a new brewhouse that is capable of producing six times as much product as we do now,” Ian shared. “I had been looking for an investor to support this growth for a while but wanted a team that understood my experience as a Deaf person, which is why partnering with SVF was so appealing.”

“We see so much potential for Lochiel’s expansion and we’re looking forward to seeing Ian break into regional, state, and national markets over the next several years,” said Rosa Lee Timm, President of CSD SVF. “Sharing success stories and amplifying positive Deaf representation is an important way to increase the visibility of Deaf entrepreneurs, Deaf-owned businesses, and ultimately, the Deaf community. We believe in the work that Ian is doing, and we are excited to be able to support him as he continues to grow his business.”

You can try Lochiel’s Scottish Ales at their brewhouse and several local bars in Mesa, Arizona or at Arizona’s regional Scottish festivals, like the Scottish Highland Games hosted by the Caledonian Association of Arizona’s annual event. Ian plans to expand his distribution to bars and storefronts across the state first, then into bordering southwestern states, and eventually go nationwide!

CSD Social Venture Fund has an open funding cycle, meaning we are always accepting applications for funding. We seek applications from Deaf-business owners whose business is scalable and inspires widespread impact on Deaf communities. Learn more about our existing portfolio and partnering with CSD SVF to see if this opportunity is right for you.

All rights reserved © 2022 Communication Service for the Deaf 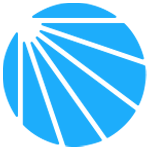